The Dane’s Den is a natural cave near the Clare border in the Sliabh Aughty Mountains. There are several stories associated with it in local folklore. One claims that when the Vikings came up the River Shannon the monks living in the monastic settlement on Holy Island fled up the mountain and found safety in the Dane’s Den. Another claims it’s guarded by a fairy in the form of a turkey cock. Here’s a quote from G.H Kinahan who visited in 1861.

On the slope of Scalp, near the detached tract of Silurian country, there is a cave in yellow and reddish sandstone, geologically remarkable, as it does not appear on a line of joint and how it was formed is hard to conjec-ture. It is locally called Poula Broderick, and is supposed to be the residence of a fairy in charge of a treasure concealed under the water of a lake in the interior. This good person has taken the form of a turkey-cock, who floats at the surface of the lake and if adventurers seek to deprive it of its charge, it immediately rises above the water and with its wings raises a mighty rushing wind, so powerful that it will extinguish the strongest flame that can belighted. When I visited I had not the pleasure of meeting with the guardian spirit.

There are also stories of the cave being used by various outlaws, herdsmen, and priests over the years. On our way up we met a local man who told us that he brought Gardaí up to the cave in 1994 in search of the infamous Brendan O’Donnell after he committed 3 terrible murders in the area. There were suspicions he was hiding in the cave but they found nothing only a few empty packs of biscuits.

We started out on a road up the mountain and through a track of forestry in Derrygoolin with a path that leads out onto the mountain. The views were lovely before we did any walking at all! 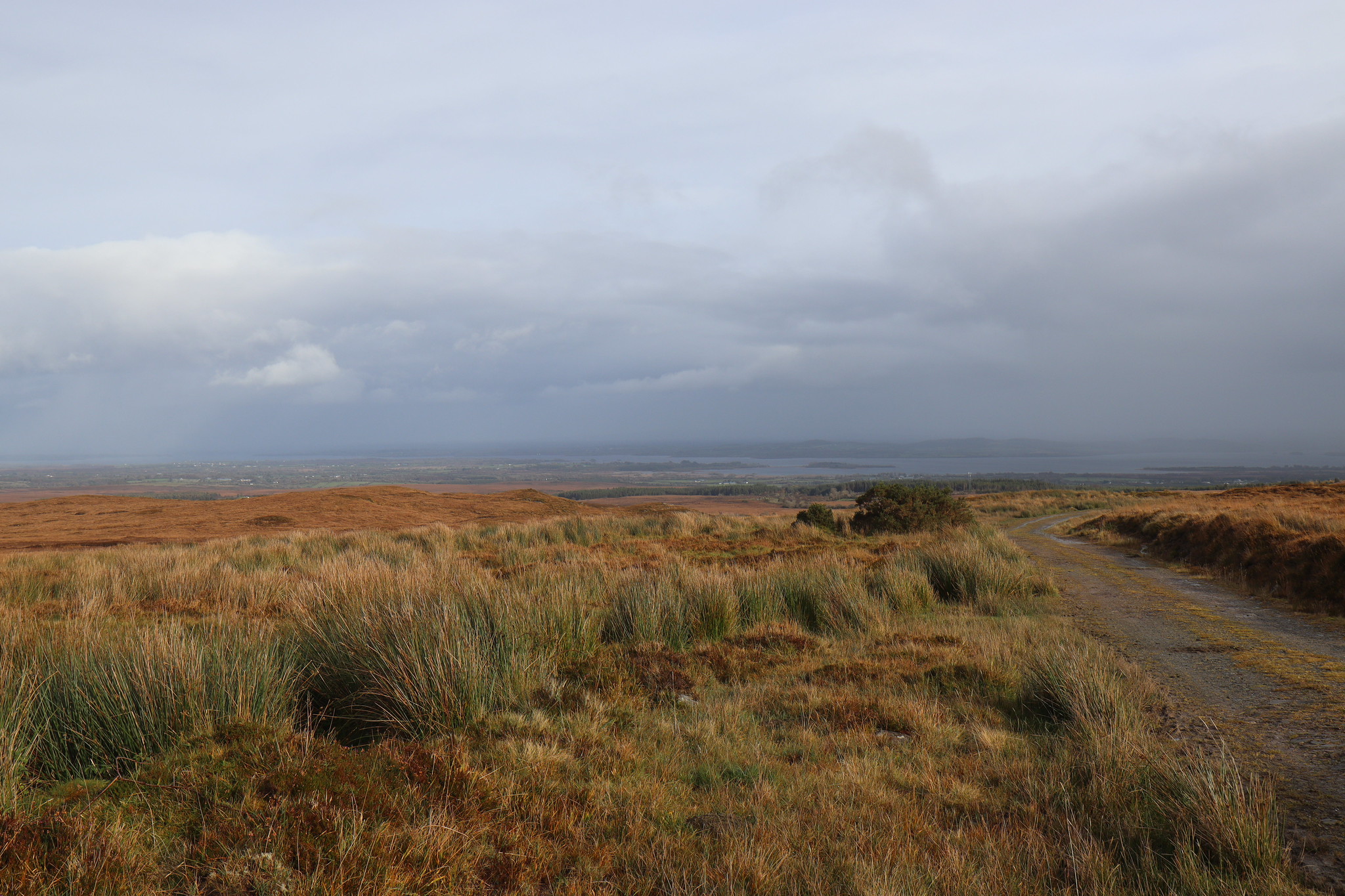 On the way we came across the ruin of a house. It must have been tough living here! 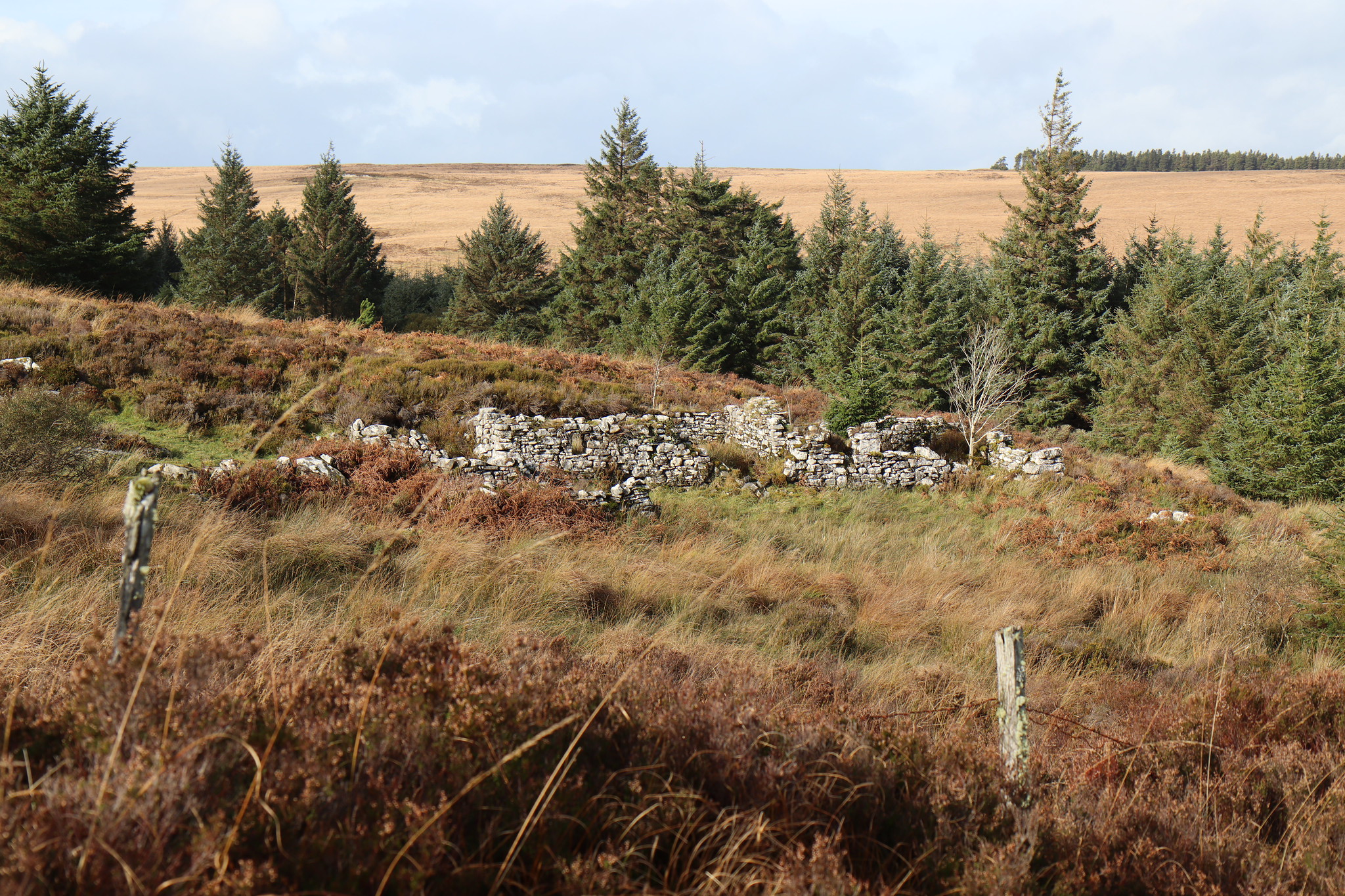 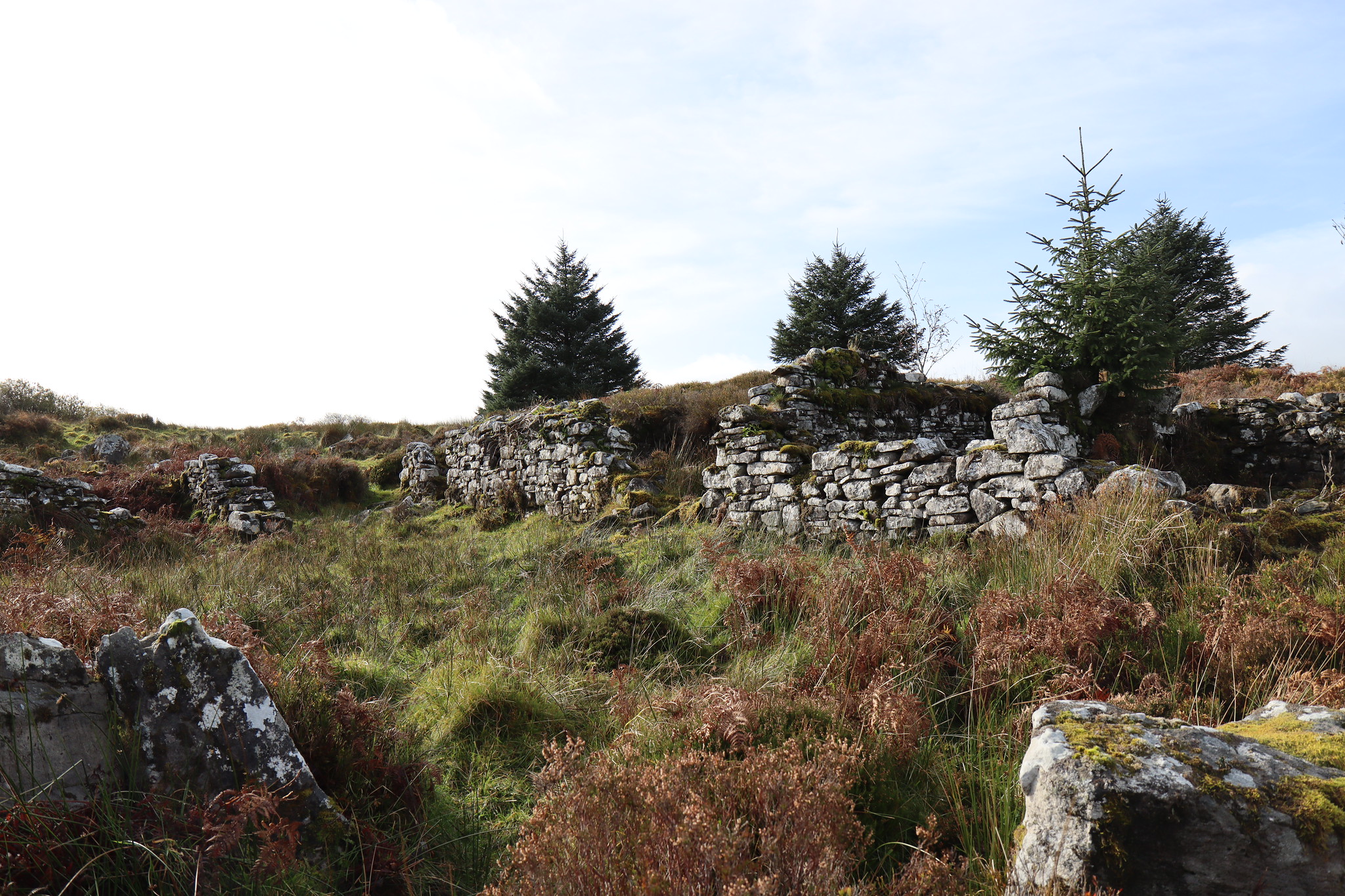 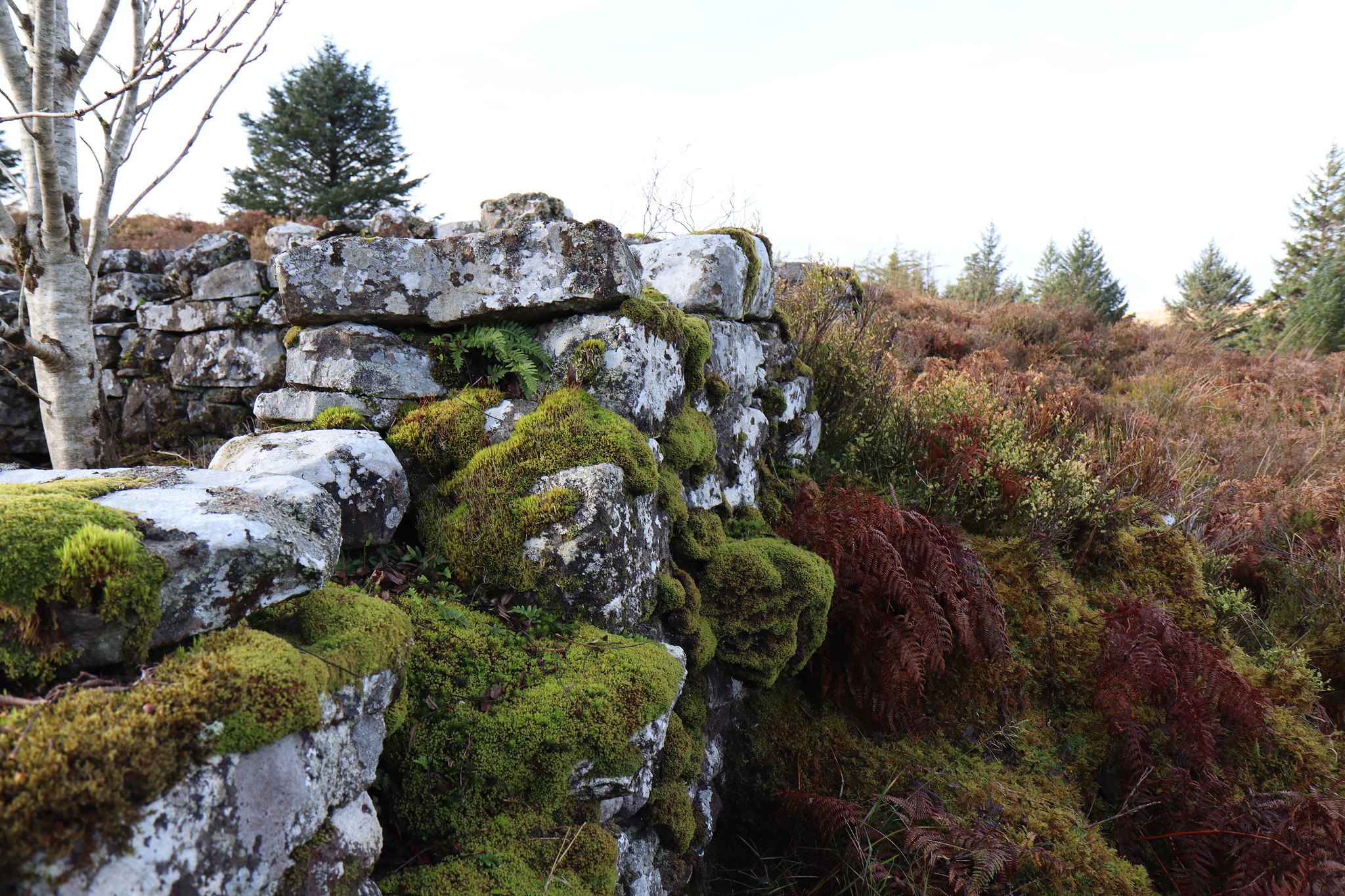 We then headed towards the Blue River that runs through a kind of ravine between Scalp mountain and Ard Aoibhinn. Walking along this we spotted the cave on the other side. After climbing down one side onto the river bed and up the other we came to the entrance of the Dane’s Den. 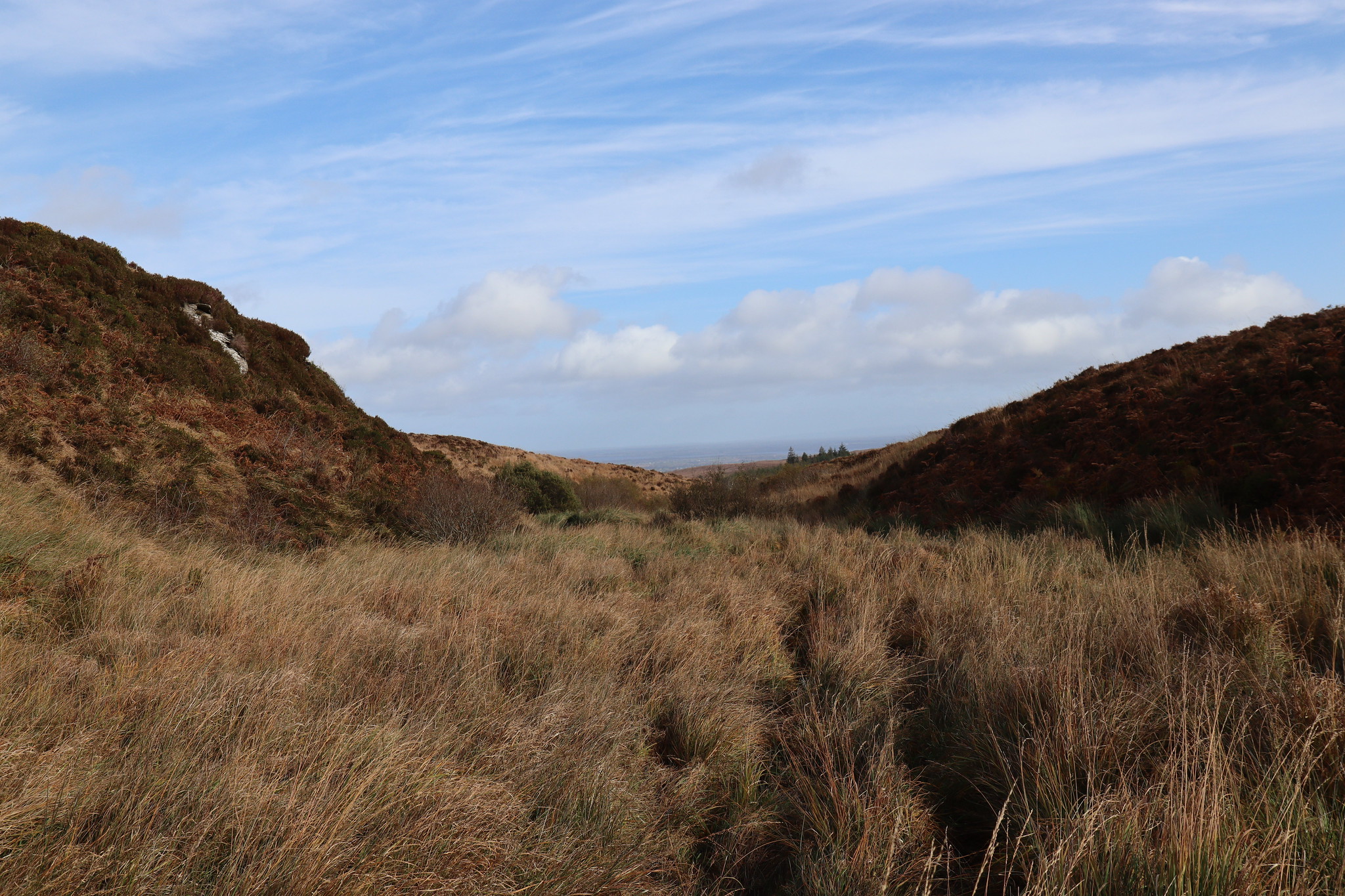 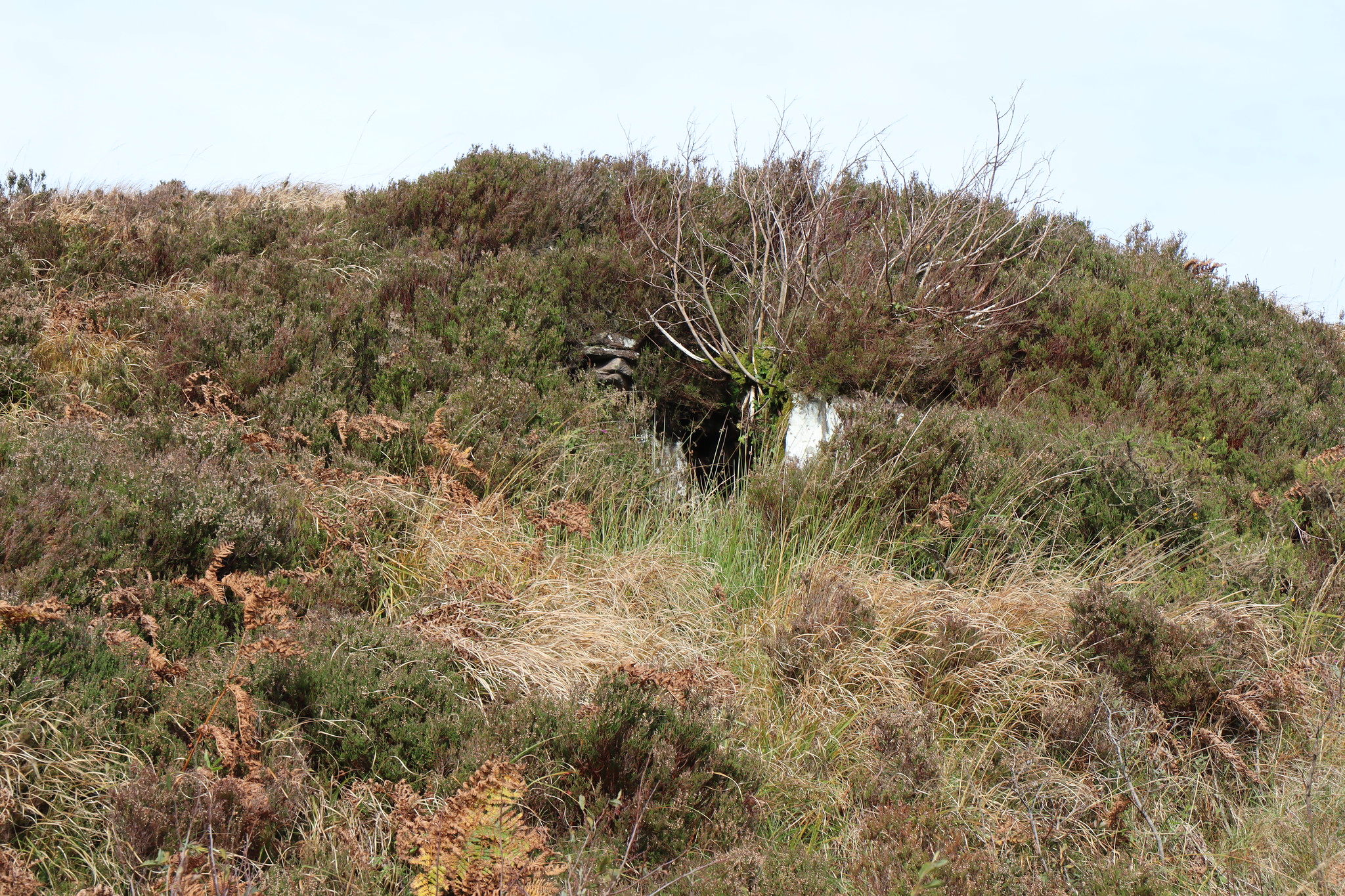 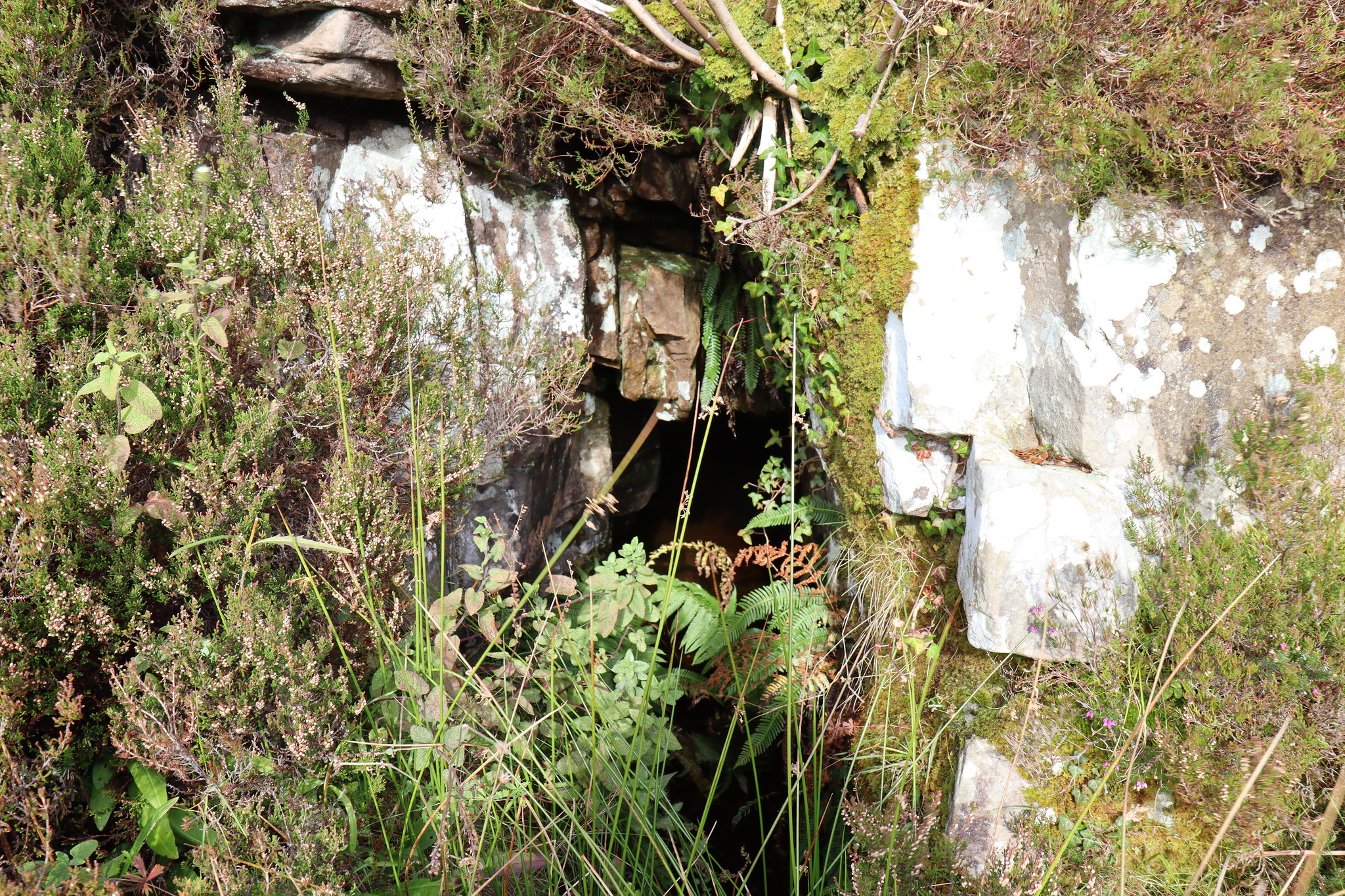 The cave is 1m high and 1.5m wide, the passage continues for 10m into a small chamber which is currently all flooded. 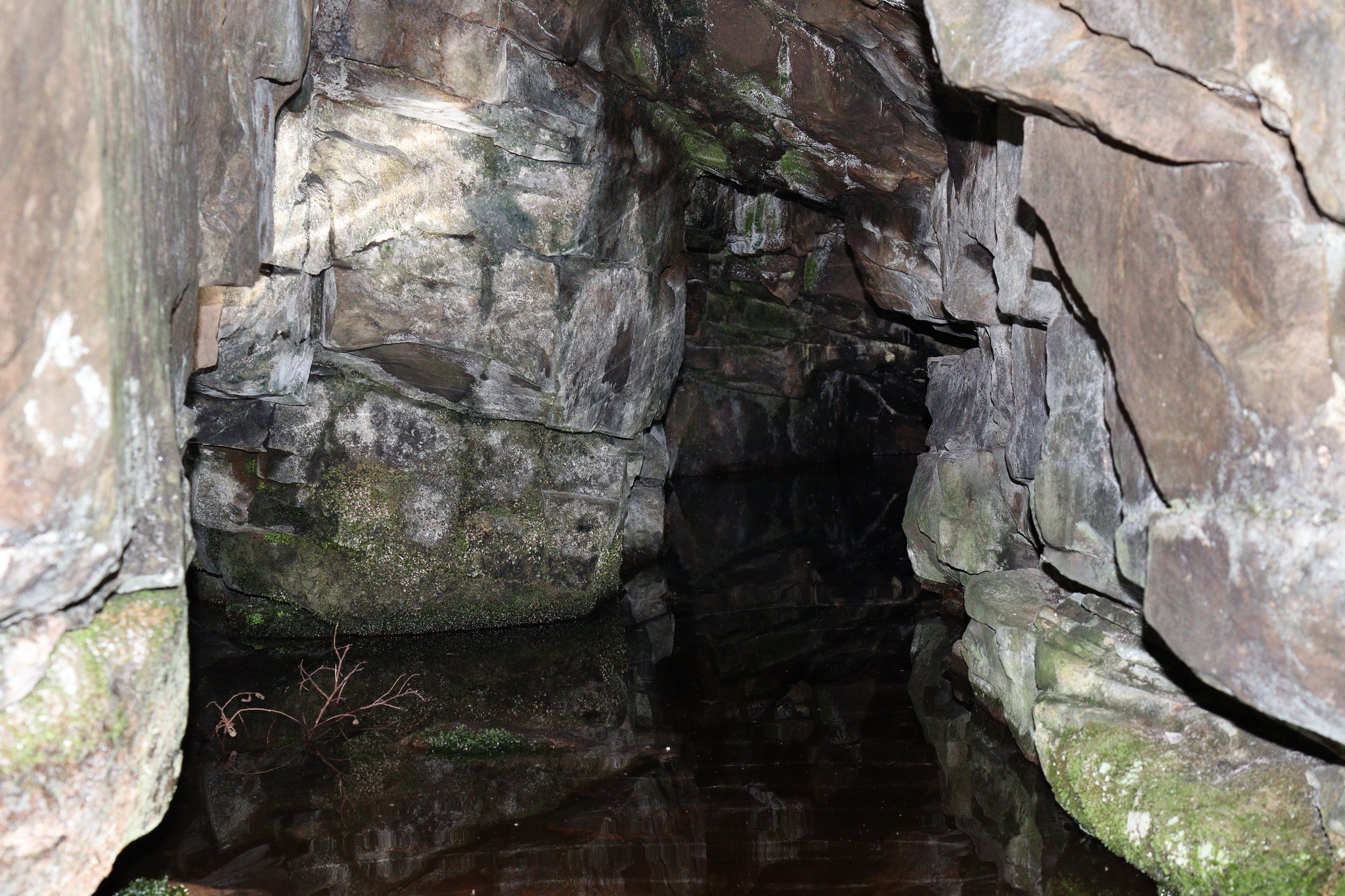 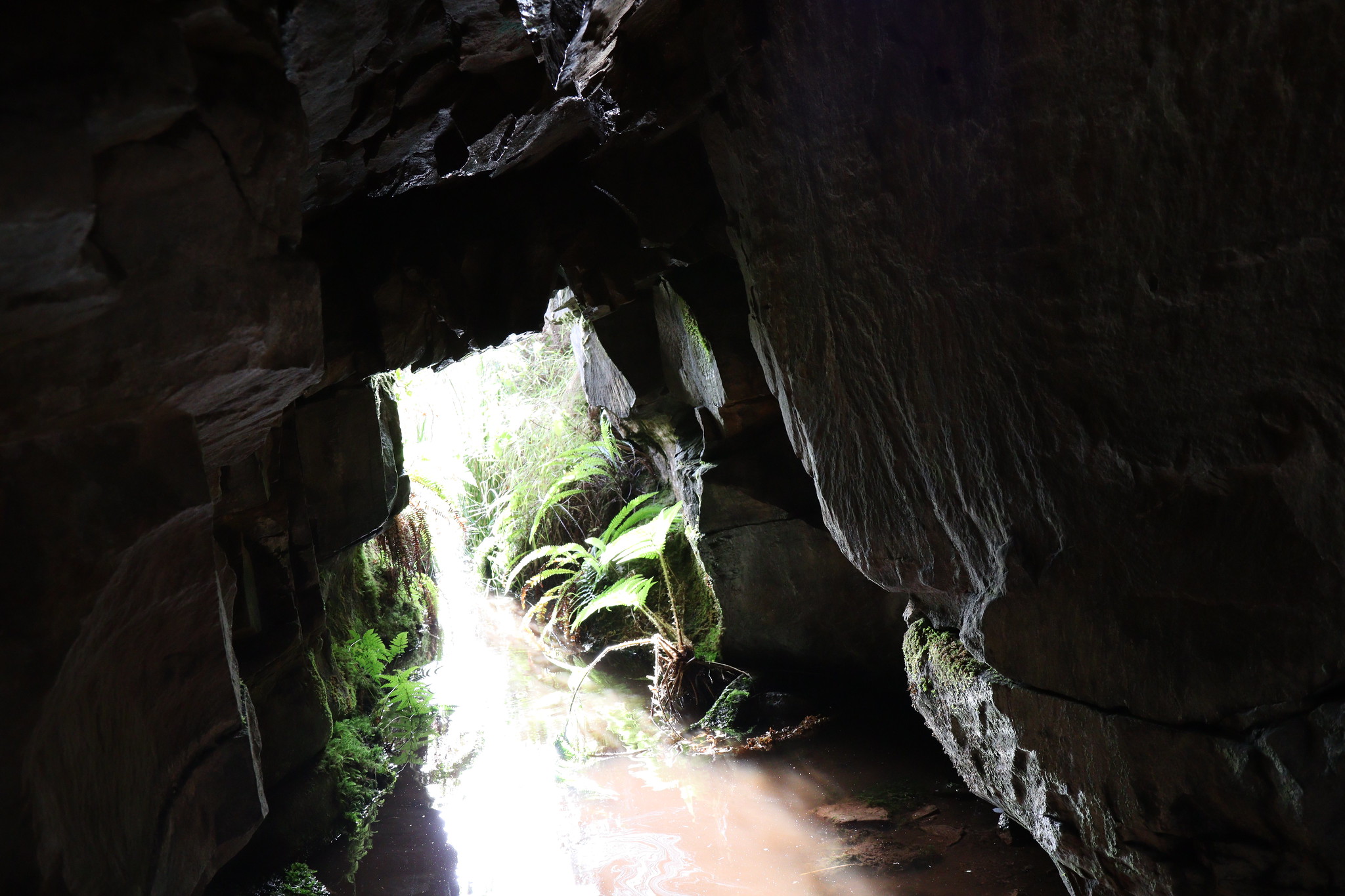 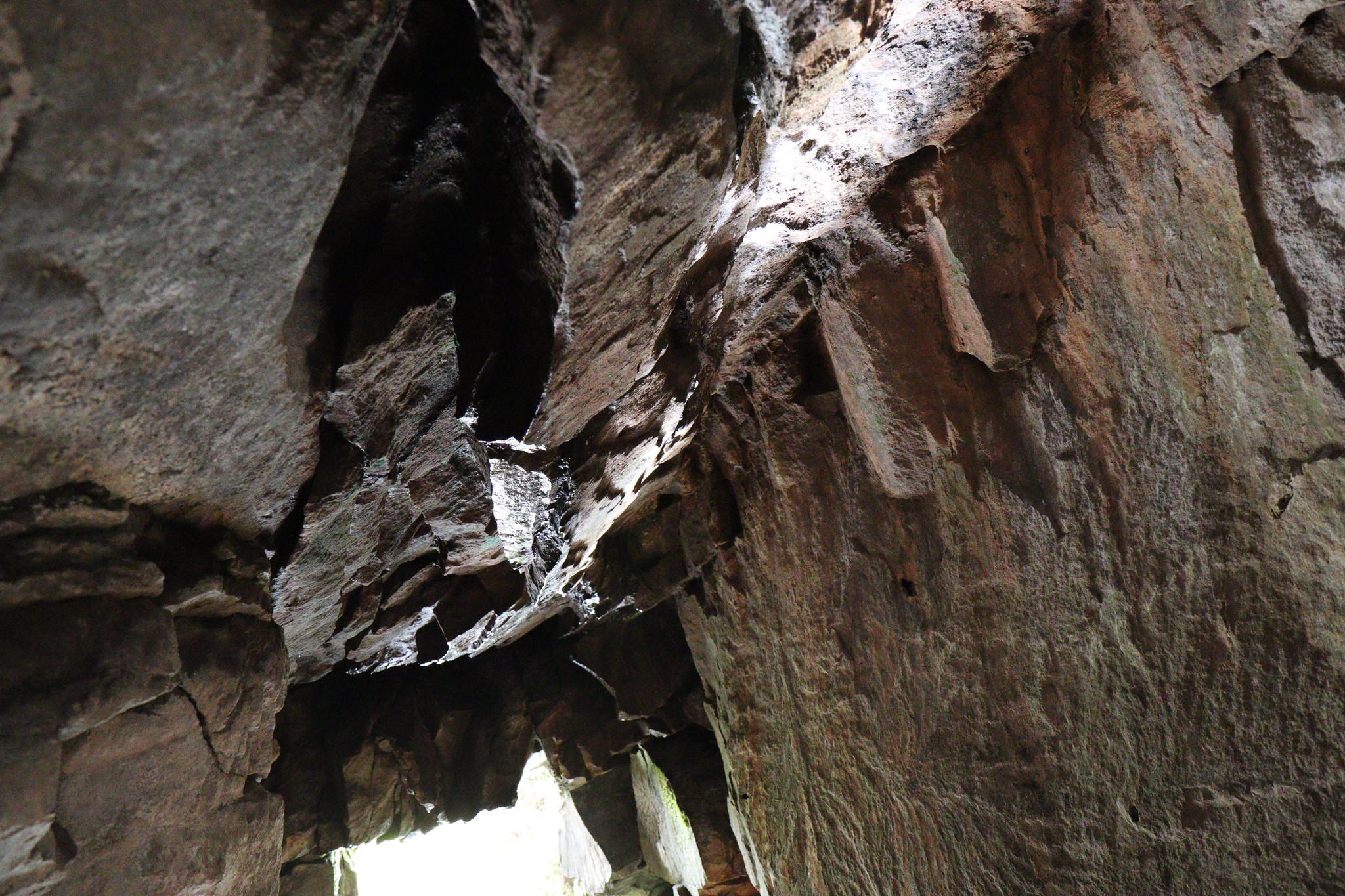 Then we headed up to the top of Ard Aoibhinn (also called Cappaghabaun/Cappabane) and after a steep climb to 378m we had brilliant views in all directions. 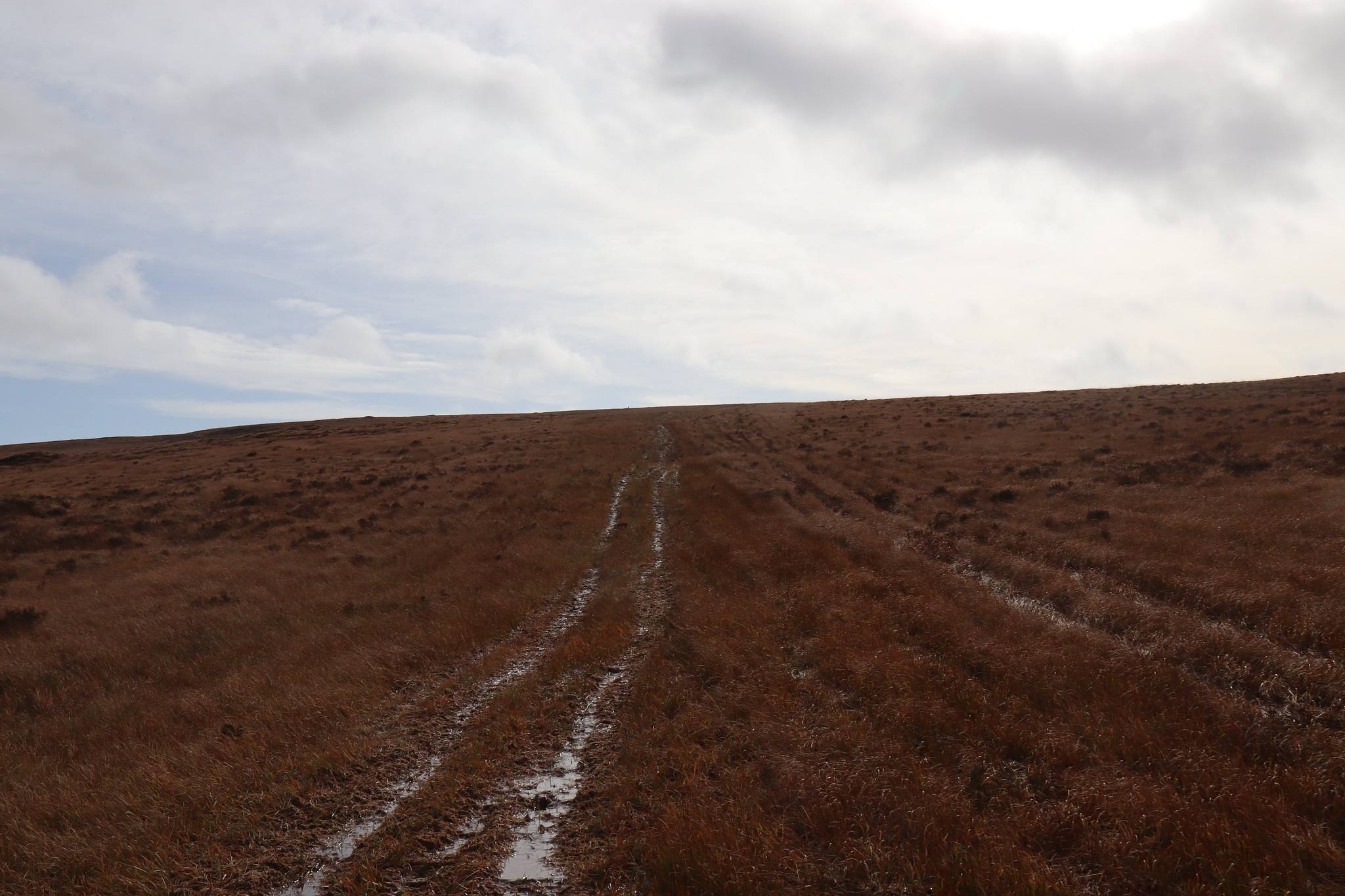 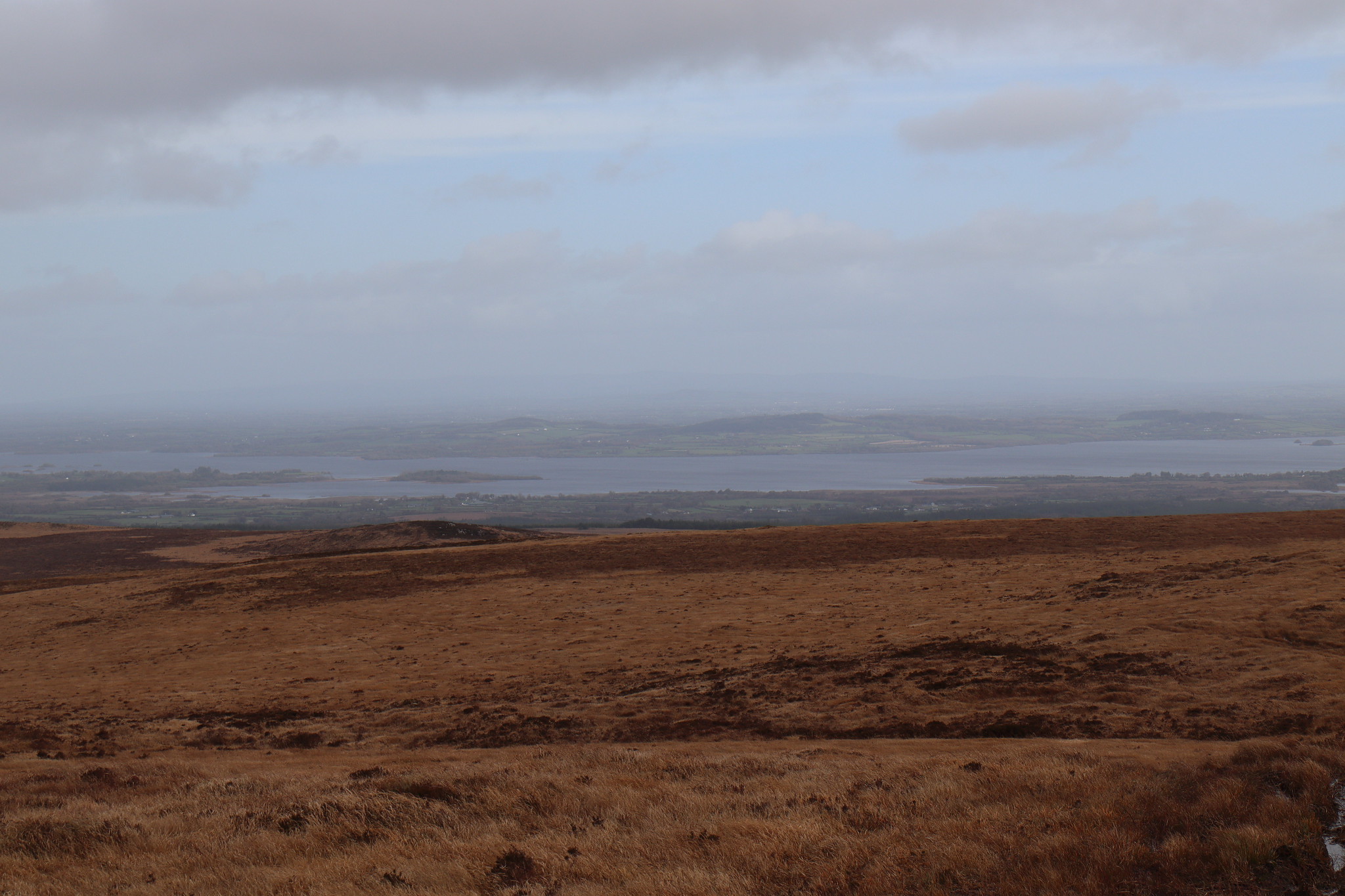 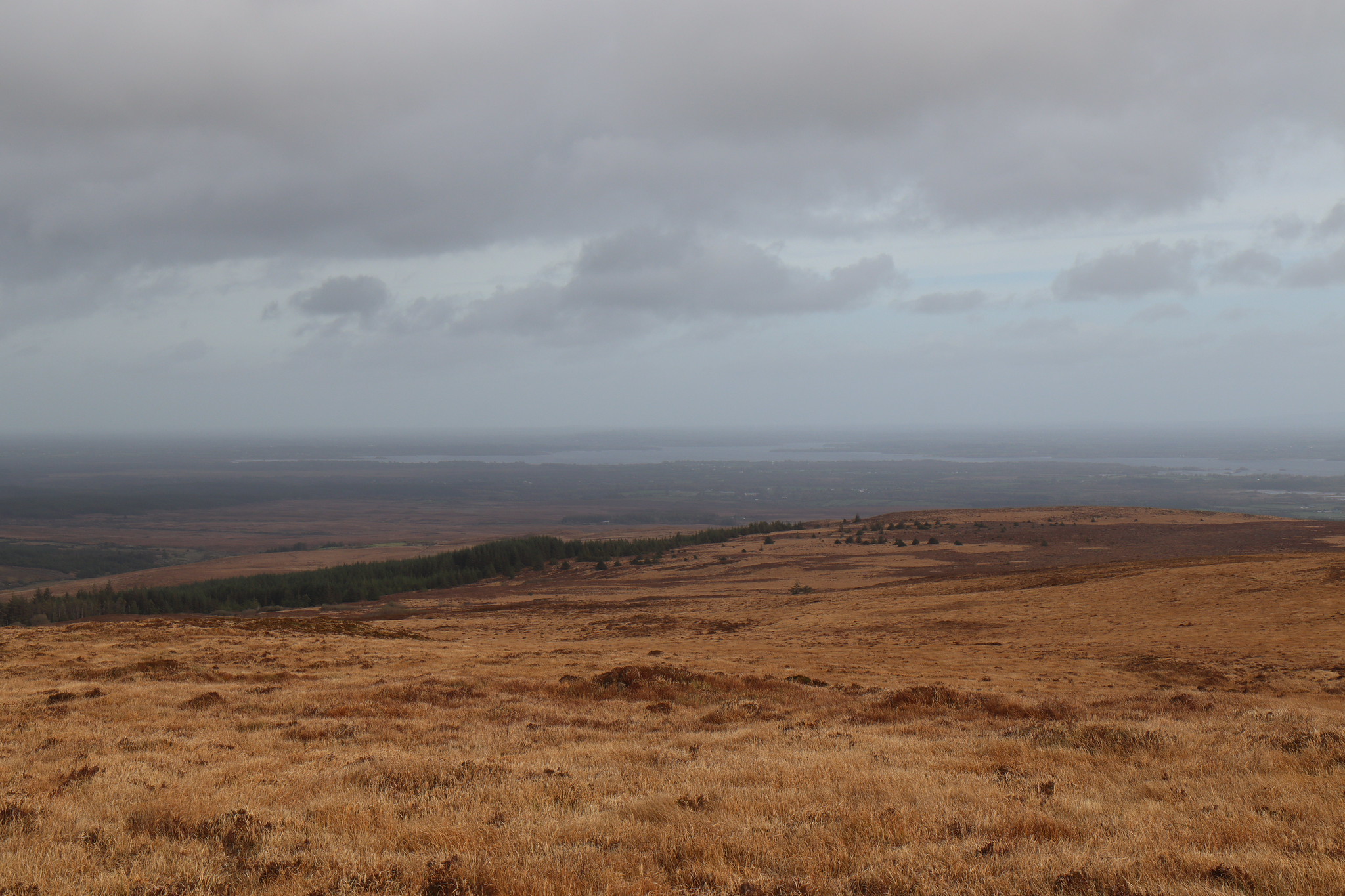 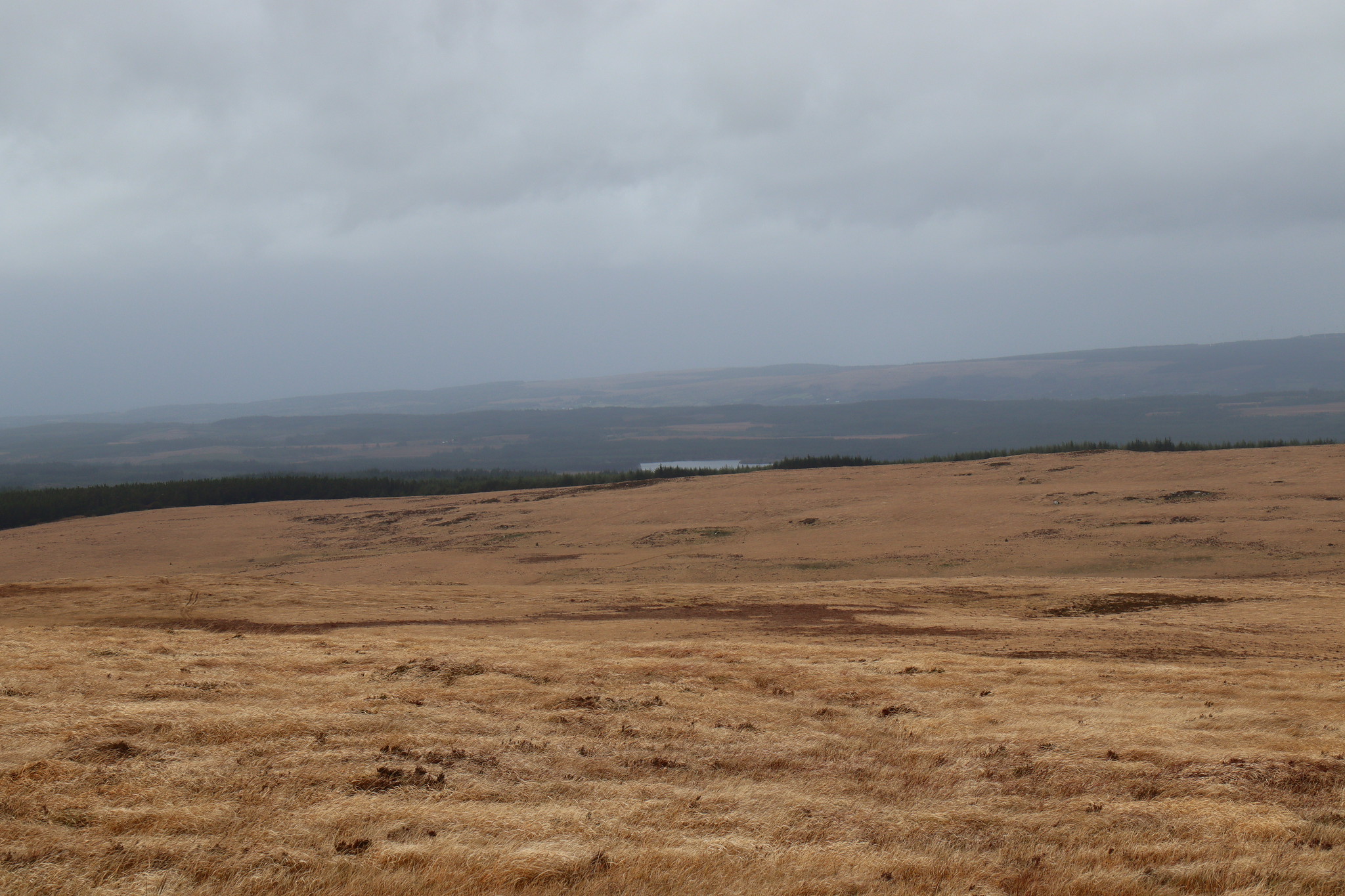 We could even see the refugee monks’ home, Holy Island. 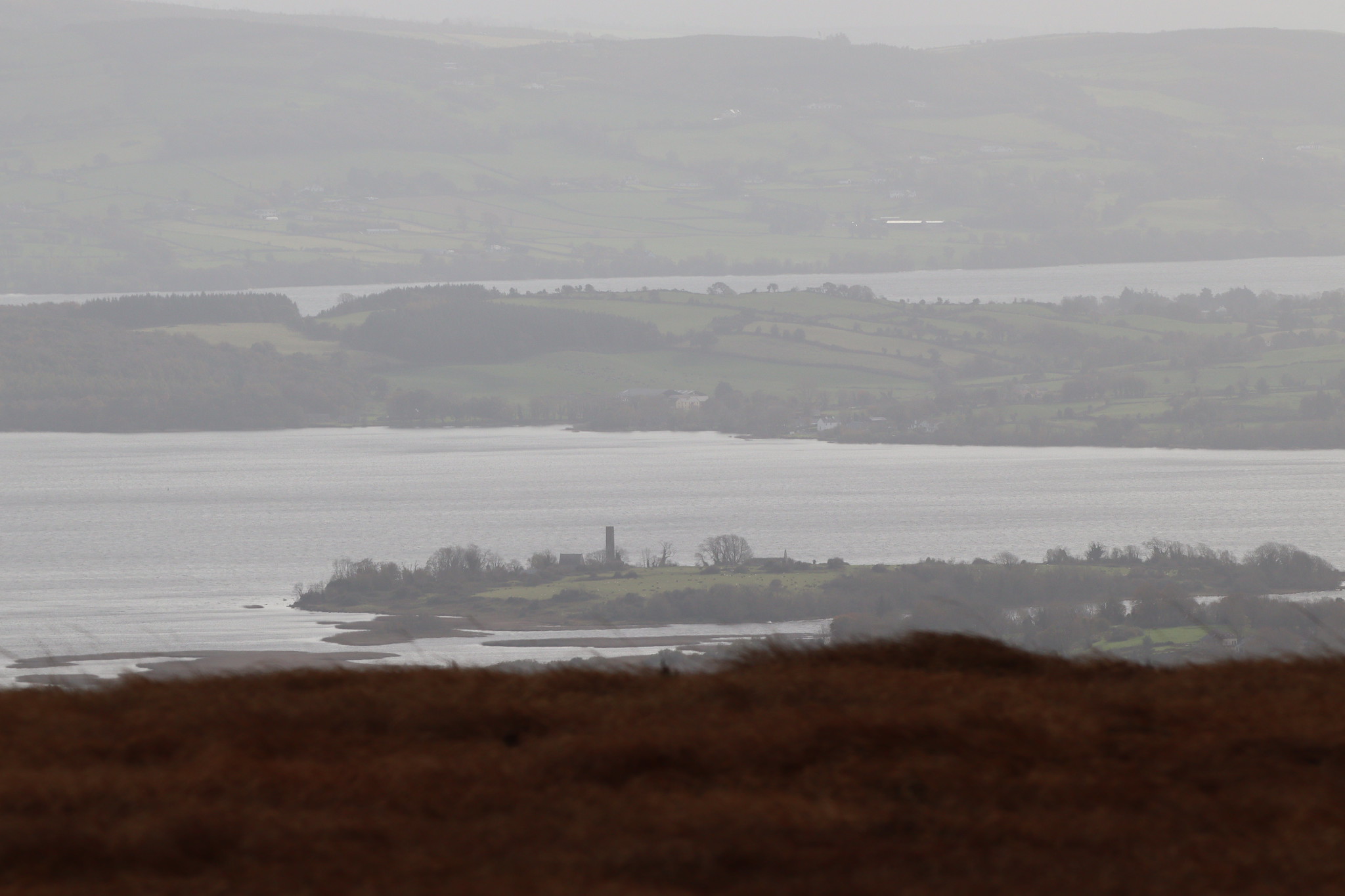